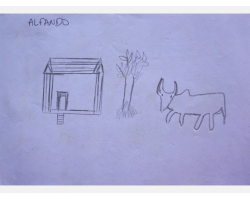 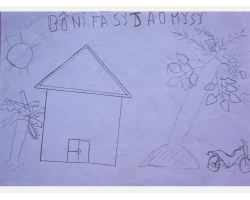 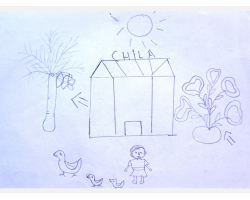 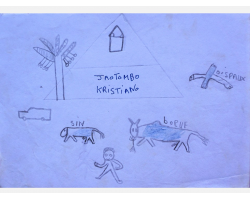 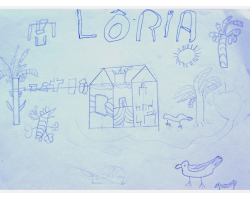 Background on the drawings

The students at Nosy Faly school have almost no school supplies. Most of them had a pencil, which they shared with those who did not have any. The drawings are fairly accurate to what the children see every day, trees, domestic animals, zebus, chickens, cats, and some wild animals, snake, turtle. However, the sea is absent from the drawings, while many parents are fishermen, and many children live by the sea. But this is the working environment, not the one in which the children live. Note that the waters around Nosy Faly are poor in fish since Chinese trawlers have been scraping the bottom. The fishing season has since been greatly shortened and the fishermen have been forced to catch juveniles to feed themselves.