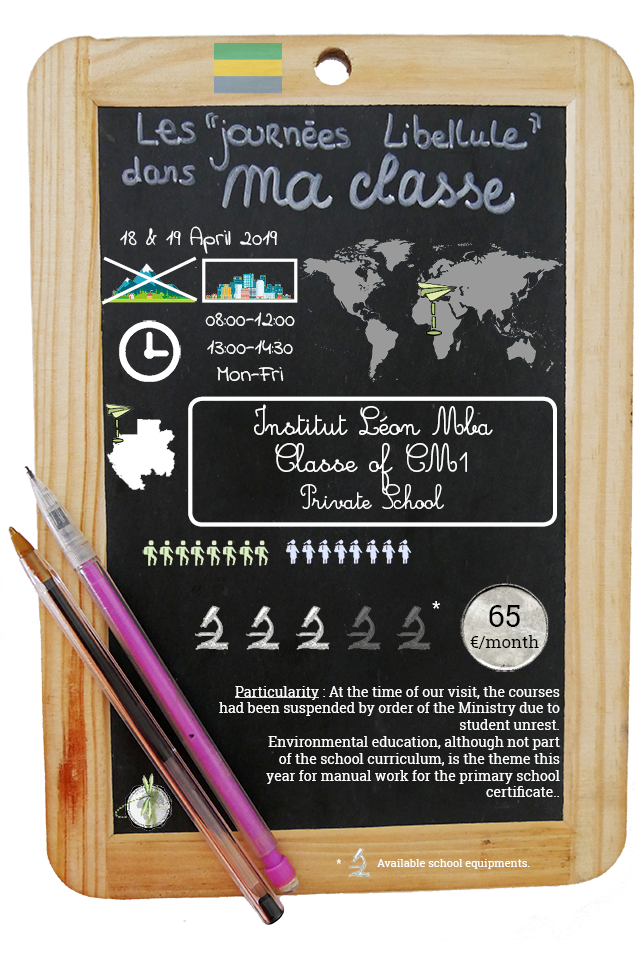 Honey is a medecine Reine-Emilie, 9
Me, I have a big diploma of participationPatrick Gabriel, 11
- What is the difference, for instance, between the biodiversity of France, and the one of Gabon?
- The Blacks A child in grade 5th

Libreville, capital of Gabon, in Equatorial Africa. Composed of 80% of mostly primary forests, Gabon has since the 2000s oriented its policy resolutely towards the protection of its still well-preserved environment, notably with the creation of 13 national parks, representing 10% of the national territory: it is Green Gabon. Ecoguards and ecoguides have been trained to promote and ensure the protection of this forest and coastal heritage.

However, with only 13% of the inhabitants living in rural areas and more than 50% of them living in the city of Libreville, few Gabonese have had the opportunity to leave the city and enjoy these parks. For many people, the forest remains full of myths, beliefs, evil spirits and geniuses and as such inspires deep fear.

For our first school in Gabon, we went to Lalala, a district in the south of Libreville, to meet the children of the Léon Mba Institute.

The private school, founded by Christiane Mba a few years ago, has grown rapidly around many new projects carried out with dynamism and ambition to enable children to have a cultural awareness and benefit from a quality education. A library containing several thousand books allows children to consult or borrow books. It will soon be open to all people in the area. The school covers from kindergarten to high school, and now has more than 450 students.

Our arrival had been meticulously prepared and all the material requested in our files was ready. The upstream work of Nadia, our partner at the Lion Club Harmonie Libreville, and the professionalism of this school allowed us to set up the workshops in complete serenity.

The education system is currently in crisis in Gabon. On the day of our arrival, a student demonstration started and continued in the following days with several clashes and resulted in the Ministry's decision to close all schools in the country until further notice. The reasons for this crisis are multiple, and would require a more in-depth analysis. Nevertheless, it would seem that certain factors are predominant. Overcrowding in public school classes of up to 100 pupils, late payment by teachers, which can last up to several years, the economic crisis pushing parents to withdraw their children from private schools, and finally, the measure that set fire to the powder, the change in the conditions for allocating scholarships, which had not been honoured for several years.

So we postponed the date of our interventions, and still managed to collect 75% of a fourth grade class for the workshops.

We quickly realize that these children from Libreville have little knowledge of their environment, the forest, the air, pollution. One exception, however, is their knowledge of wildlife. Panthers, dwarf crocodiles, black mambas, Cayor worms, civets,... Bushmeat is indeed a very popular dish for Gabonese people, with little regard for restrictions on protected species.

We quickly notice that the children of this school are used to being stimulated, their participation in the workshops will be important and constant over the two days. Children quickly learn and retain the concepts we show them. When a notion is not understood, they do not hesitate to ask us again, for example, the role of phytoplankton.

The children are also teasing, bickering a lot, making fun of each other. But at the end of the day, they want to give us a book full of very touching drawings as a gift. The parents, invited to the exhibition, enthusiastically welcome our project, which the children were quick to tell at home.

We are also happy to welcome back the teacher, Mrs. Espérance, who thanks us for what she too learned during these 2 days and hopes that we will stay in touch to ensure continuity. 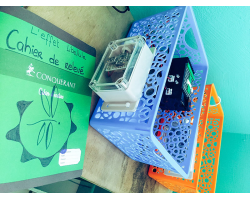 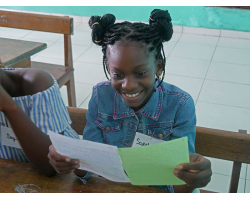 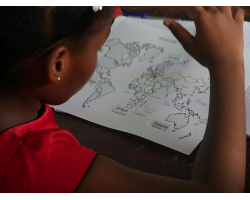 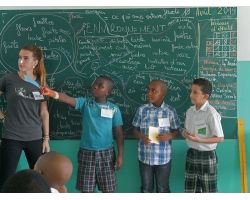 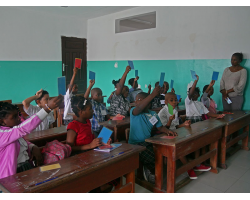 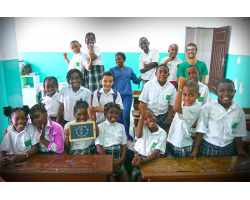 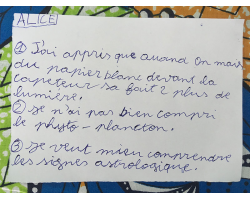 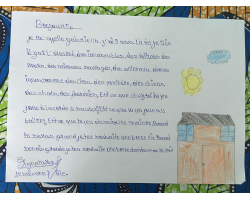 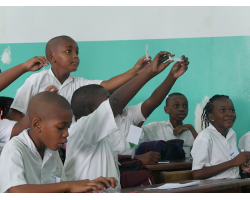 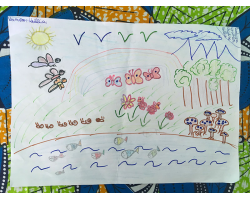 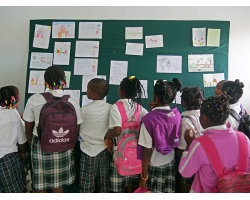 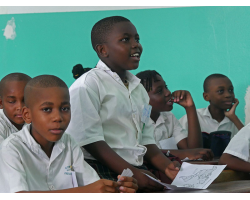 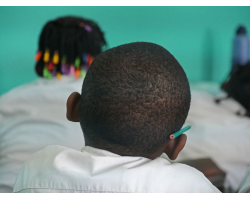 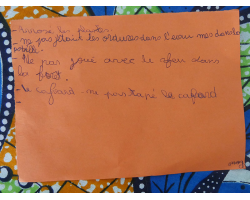 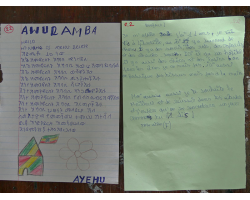 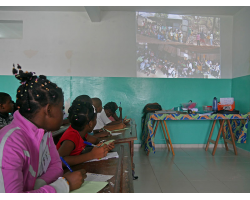