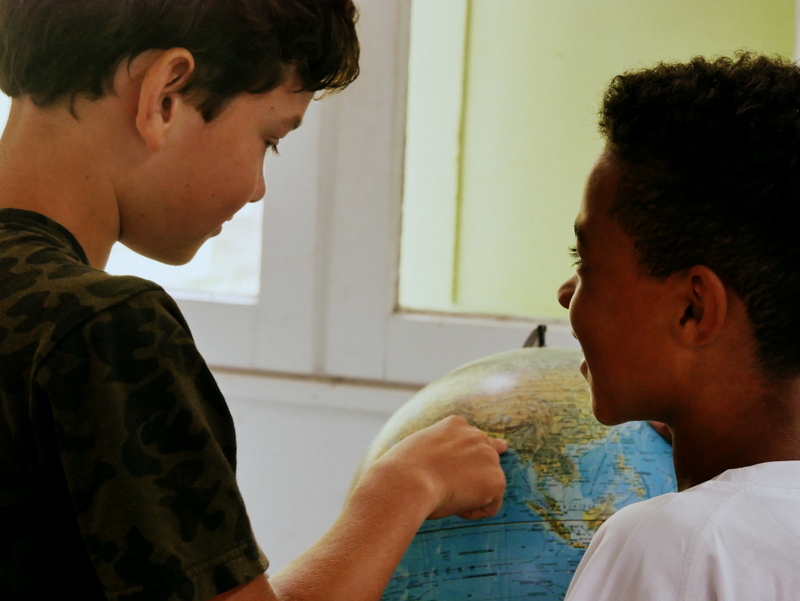 Kids and their Planet

Several studies question the ecological awareness of young people. Do they want to meet the needs of the present without compromising the ability of future generations, their children? Does this sensitivity to sustainable development translate into individual and civic commitment? What feelings are associated with this awareness?

While their elders seemed to trust technological progress to preserve the planet, the idea that "the genius of man will allow the earth to remain liveable" is less acceptable among today's young French people. This observation is highlighted by the survey by sociologist J-P. Bozonnet in 2012.

Between awareness and action, we questions on what inhibits motivation. Are we afraid of losing our daily comfort? The fear of being seen as the eco-religious in front of the people around you? A feeling of helplessness in the face of such a massive phenomenon? Indeed, the studies show a gap between a catastrophic and pessimistic perception of environmental issues on the one hand and a weak commitment on the other.  Only 1% of 18-29 year olds are volunteers in an association for the protection of the environment.

If we follow Peter Thiel's analysis, the French, and more generally Europeans, are subject to "indefinite pessimism" on the environmental issue: the future seems bleak, but we don't really have a plan to remedy it.

What do young people abroad think about it?

In a study by the Youth Observatory, the difference in opinion among young people in different countries is assessed. While the vast majority of young Australians and Egyptians consider the environment a global priority, fewer young Argentinians seem to be worried. Among the most optimistic are the young Chinese, with 62% saying they are relatively confident about the future of the planet. The information - first step towards environmental awareness - is to be developed, as promoted by the association Les amis de la Nature

From Zero to One, Peter Thiel