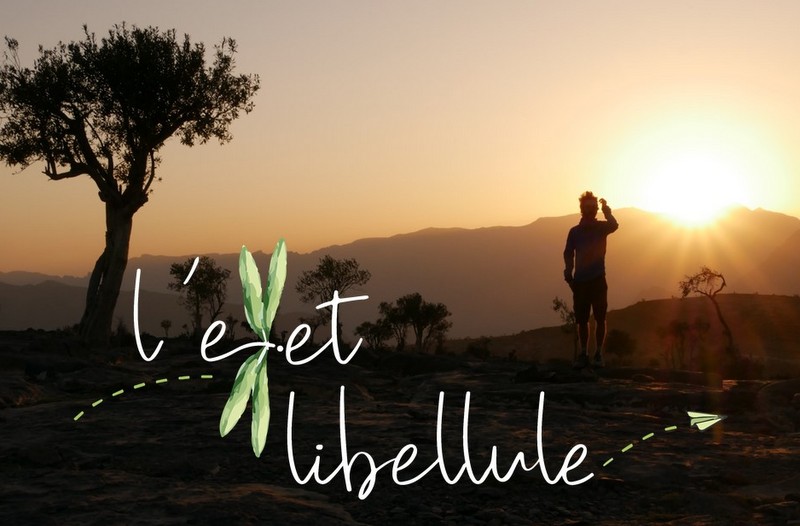 The adventure comes to an end, at least in its current form, and for the umpteenth and last time, we resume our ritual: we divide our belongings and those of the project in one of our 5 suitcases, we weigh everything , we rearrange, we re-weigh, and finally, we say that for once, we should not wear 10 kg of clothes, full pockets, at the airport to pass the checks.

The last month in Oman

Oman was originally a stopover to return to France. We have finally made it a destination in its own right, and what a joy to end this trip to such a pleasant country.

Oman, often little known, is a big desert, surrounded by a mountain range in the North, rising up to more than 3000m high, and high plateaus in the South near the border with Yemen. Unlike neighboring countries, Oman enjoys a rather pleasant climate for the region. The mountains allow to recover at night a little condensed moisture on its flanks and to precipitate the few clouds that rush into the land from the Indian Ocean. This water is concentrated in rivers that are called here wadis, and that allow by a clever system of irrigation, falajs, to create oases of greenery and natural pools in the middle of this arid environment. In addition, the South of the country, around the city of Salalah, benefits in summer from the tail of the Indian monsoon and allows to put in water the wadis and to keep cool temperatures when the rest of the country can reach the 50 ° C with The shadow. The country is a jewel of geology, with rocks and sand of all colors, and countless canyons dug by the water with each rain. This rock is often very friable and not supported by vegetation that, apart from wadis and oasis is almost nonexistent. 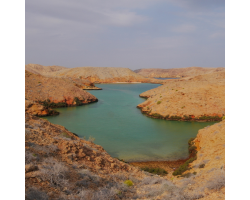 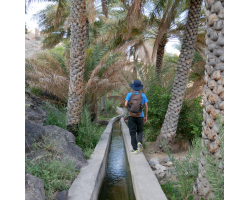 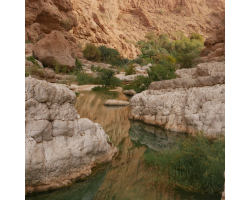 Oman is also a country of history, which for centuries resisted against the different colonizers: the Persians, the Turks, the Persians again, the Portuguese, the Ottomans. Tribal wars were also common in the country. Many remains of forts and castles have been successfully restored in recent years and can be visited.

The country resolutely turned towards the sea, for trade and fishing, in turn became colonizer in the 18th century by taking possession of territories in East Africa (Zanzibar, Rwanda, Burundi, Tanzania), Pakistan and India. However, the country has not been able to take the turn of modernity, its fleet has gradually become obsolete, and this large trading country, has had to leave its place in the region, to foreign motor boats. The country then became impoverished, divided, losing its colonies, and going as far as the civil war with the attempted cessation of Dhofar in the 1970s. It was then that Sultan Qaboos overthrew his father in 1971, when 'a military coup, resolved the civil war in Dhofar (with the help of the British special forces), developed the exploitation of petroleum, made build the first public schools, the first hospitals, and launched his country in modernity. After 49 years of rule, the sultan is seen as a messiah. Every citizen feels indebted for his generosity, the improvement in ten years of the living conditions of all Omani. The Sultan wishes to develop modernity while preserving the traditions and values ​​of the country, and it must be said that it is rather successful.

Finally, the country is one of the safest destinations in the world. Contact with people is easy, benevolent, and even fraternal. How many times Omani people have stopped in the car and asked if we need help. How many times have we been invited to share a meal by the beach, or to taste coffee with dates. Always with a smile, never with backs thought. He practices here a very pious, but extremely tolerant, Islam. 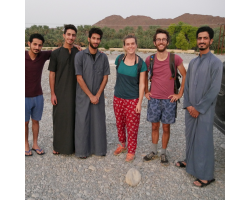 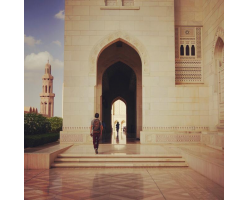 For this last stop, we finally decided to intervene in a school, in a context very different from what we used. We went to Our Planet International School. It is a private school, under contract with the Omani government which has about 50% Omani. The teaching of Arabic is compulsory there as well as the national anthem and the stretching in the morning. The school aims to be environment-friendly with numerous cross-cutting projects on this theme. The ground is covered with grasses, there is a small vegetable garden, one recycles all the waste there ...

They will find children who are extremely comfortable in speaking and who know a lot, even technical things about the environment. Teachers are also well trained on the subject, and every opportunity is good to question children and have them find the answers themselves. In short, a pleasure for us to work in a class like this, a pleasure to also be able to go further, answer children's questions, talk about gammas, nebulae, biomes, rare earths, ...

You will find the article of our passage in this school with photos on the website. 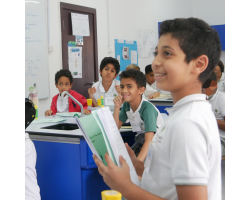 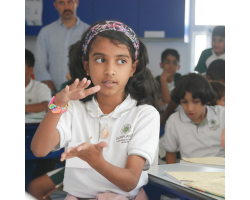 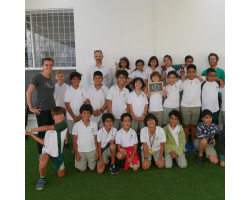 On the environment side, it's more complex. The government has a ministry of the environment and is implementing a whole series of measures to protect its environment in certain localities. Fishing is regulated, many bins have been installed near roads and car parks, turtle nesting beaches to Raz al Hadd are protected, ... Nevertheless, plastic pollution is omnipresent, out of cities, on the beaches, in the desert. Punctured tires line the roads and it wouldn't seem like a priority. In addition, SUVs regularly travel outside marked roads, it is allowed to camp in any public place, and the reserve of oryx had to be reduced by 90% for the oil exploitation which saw its registration with the UN to be withdrawn. Nevertheless, the love of nature that exists here, between Bedouin tradition and the practice of artisanal fishing, gives good hope for the years to come.

• Resume the children's work, our notes, audio recordings, videos, photos, teacher feedback, etc. so that we can compile all of this in articles and podcasts that we will publish on the site in order to draw conclusions from this project in different countries of the world and answer the questions that we had raised at the beginning of the project. How do we represent the environment in different regions of the world? What are the main pitfalls in these countries, as well as the measures implemented? ...

• Follow up in the schools where we intervened, organize Libellule Days in French schools and find volunteers to take these workshops around their home.

• Prepare a new project for 2021. We wish to set up exhibitions based on our trip to teach environmental protection over half a day, via an exhibition, We would also like to set up a scientific scholarship to sponsor in countries in difficulty of scientific studies. In return, the student will regularly have to produce popularization material of what he or she has learned in class to be published on our site.

The assessment of this year 2019 is very rich and positive! Thank you very much for following, supporting and encouraging us!