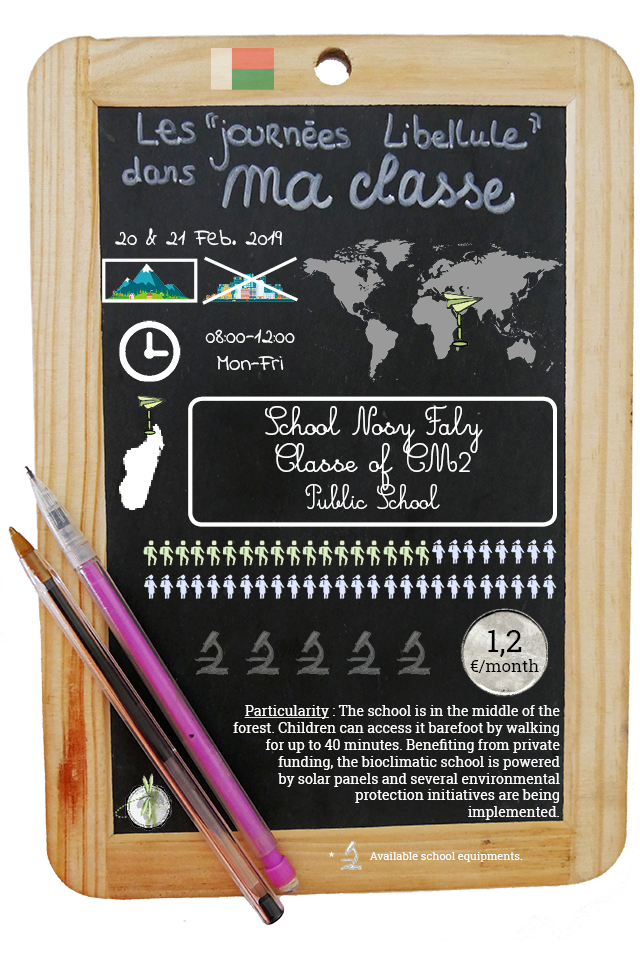 -Where to find drinkable water?
-In the river! Children Answer
Later, I want to be smart, in order not to depend from others Zaidi, 12
Giving is good. Doing it again is betterMalagasy proverb

The school where we put our suitcases and which serves 5-6 villages in the area, is a bioclimatic building at the end of its construction, which replaces the old school in the aging village that used to take the rain. It is the Nosy Faly ANF preservation association, which, with funding from the Akuo Foundation, has undertaken the construction of this school, which will be powered by 5 solar panels and a batch of batteries.

To go to school, it may take 40 minutes to walk through the rice fields, cashew forest, two villages, two rivers and a passion fruit plantation. The suitcase with the teaching material did not roll very long, the wheels being full of soil very quickly. On the way, some children joined me, we went around a snake, the children drank from the river, then some climbed into the trees to pick the snack.

Most of the school's furniture was damaged and will soon be renewed. The tables now only fit on two legs, and the children hold them upright with their left hand. Only a perforated board and a few broken chalk are used as teaching material by the teacher. On the master's desk, an old French book is covered with dust.

The darkness in the room gets deeper and deeper as the rows of students move away from the front door, the only source of light that illuminates the painting through the dust raised by the children's entrance. Students squeeze in 3 or 4 on desks with 2 places. There are 52 of them, between 9 and 15 and I can barely see the ones at the back of the room.

The implementation of the workshops was laborious, due to the language barrier but also the level of the children. Some of them couldn't write their first names. It must be said that the conditions are not good, the teaching materials are almost non-existent, and even if pens or notebooks are brought in, they are often stolen and find a place in a few homes.

At noon, the class ends, the children return home under a blazing sun, to go and help their mother with household chores.

The second day, the teacher did not come, apparently because of obligations at the town hall and it was the principal who took over the class to help me with the translation. For a sentence of 1 minute, the translation could take up to 5 . I suspect the director of not being faithful in his translation, to influence the children or simply to direct them towards "right" answers. Already, the surprise effect was beginning to fade, and the first turbulence appeared. From general agitation, to chatter, but also a few cases of bullying to avoid letting a student sit down, or stealing his pen.

These barefoot children made a strong impression on me. They know their natural local environment by heart, they don't like school very much but the school doesn't like them either. Raising themselves through education is not an opportunity, but even if it were, most of them would not even have the financial opportunity to leave the island, pay for school or live away from their families.

There is suffering expressed by children in their letters, in their repeated requests for help and the dependence on others that they maintain. 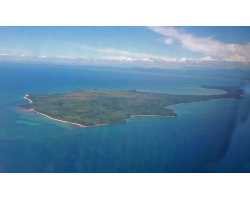 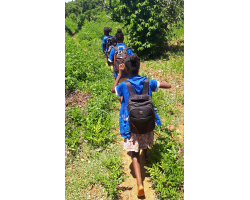 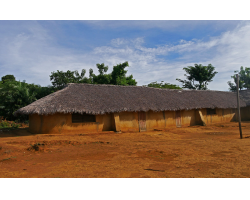 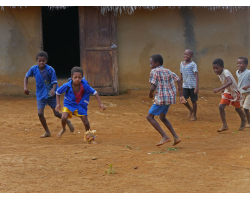 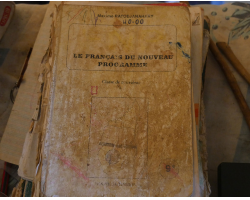 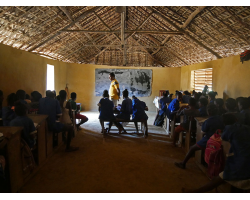 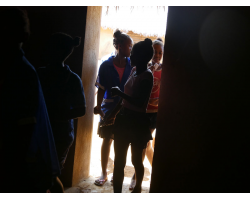 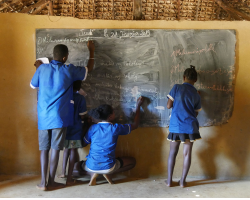 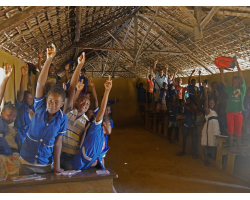 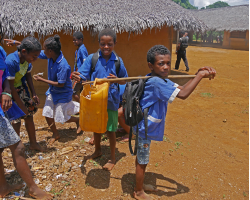 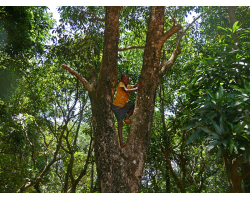 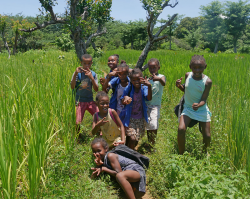 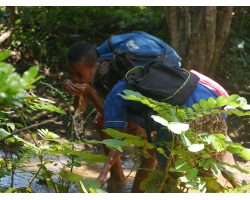