Whoever sets foot in Sigiriya cannot pretend to arrive there by chance, or pretend never to have heard of this place. And for good reason, Sigiriya is a national symbol, an icon, the children's favourite place at our previous stopover in Panama City, when they probably never went there. And yet, the place is lost in the centre of the country, surrounded by forests, at the end of the road, it is a place you do not pass through, it is a destination in itself.

Sigiriya is an atypical geological formation, the Lion's Rock, which stands in a palette of warm colours in the middle of a vast green jungle. It is also a 5th century urban planning gem whose fountains, gardens, and palace remains are the footprints on this rock of Sri Lankan history. It is also, world-famous paintings, the Apsaras of Sigiriya, which inspired poems to visitors throughout the 6th century until the 12th century because of their beauty. Finally, it is a significant story of the country, that of a conflict between a patricidal monarch, and his brother in exile, that of a flight, then of a dream of greatness, on top of an inaccessible rock, and whose madness and ambition will allow it to succeed in bringing together the genius of an entire people in the construction of what will become 1500 years later a monument of the UNESCO world heritage.

But where is the environment in all this? First of all, all around. Trees are everywhere, they cover houses, roads. Monkeys, frogs, birds, wasps, crocodiles are easily observed. And then, the influx of tourism to one of Sri Lanka's most visited sites is in itself a real environmental challenge.

It is therefore through our host in Dombulla, Upul, himself a teacher at Sigiriya school, that we manage to organize two days with the fifth grade classes on the theme of the environment. 56 students are gathered, it's a first. Schoolchildren pull a cable through the courtyard so that electricity can be supplied in the room, two women bring in large pots and distribute curry rice to the children. Then, as on any Wednesday, it is the gathering in the courtyard, the principal's speech, the national anthem and prayer. It is 8:30 am, we start the workshops.

The 2 teachers speak little English, the students do not speak at all. During the two days, Upul will help us translate between two of his classes, then an English teacher, and finally at 10am, Ashen, a young man he met the day before in the spice garden, comes to the rescue, taking a few hours off work to give us a hand.

This will be a challenging day for us, it is hot, the wind rises and rushes into the classroom which has holes in the walls instead of windows, too many children, are restless and finally, the level of science and geography is, like Panama, almost non-existent. In addition, the children seem uncomfortable with us, they do not dare to speak out to give their opinion and will not ask any questions during the two days.

However, there are a lot of very positive things that we will see as we go along. The students are extremely diligent in drawing, group work goes well, children talk in a low voice, share ideas, know the basics of recycling, the role of trees, or pollination.  They want to do the right thing, and hand over their work to us, looking for our approval.

The next day, we reduce the number of students to 31. The teacher is not here on the second day, but we had prepared translations of the instructions to start the workshops without our interpreter Ashen, who fortunately was able to leave that day again at 10am. In the morning, schoolchildren will light a fire 30 meters from the classroom to burn the various waste collected in the schoolyard. Without windows, we will breathe the fumes all day long, the environmental station indicating a CO2eq concentration of 1500 ppm. This is an opportunity for us to do the air class and talk about pollution. This second day will be much more prolific. The smaller number of students are more attentive, and the distance to the board is shorter. Nevertheless, silence seems to persist when we ask a question or try to ask for volunteers.

So it is here in Sri Lanka, a return to our Ethiopian beginnings; a foreign (for us) and complex culture, an educational system far removed from our landmarks, a writing that we cannot read, and all this in a crowded classroom of children with whom we do not share any languages to communicate. It is also an opportunity to measure our progress in preparing for the workshops. With more equipment, better preparation beforehand, more workshop materials, we were able to bring much more to children in Sri Lanka than we did at the beginning. 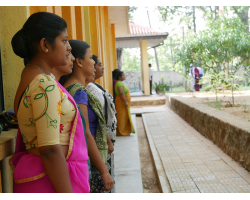 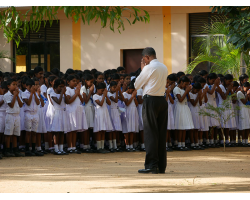 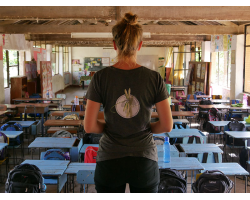 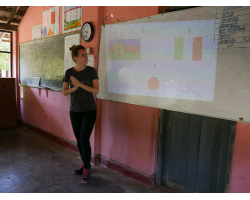 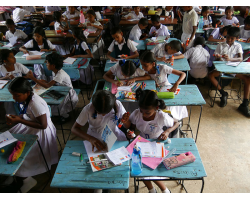 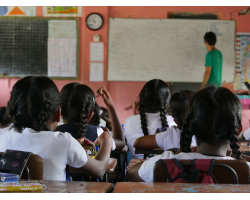 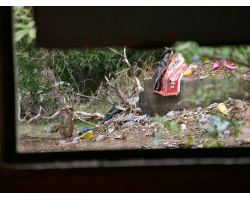 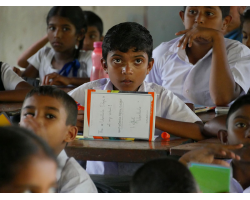 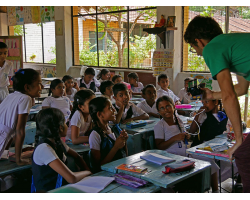 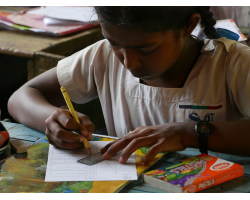 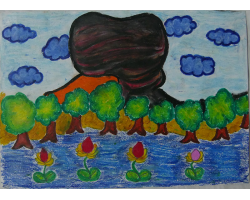 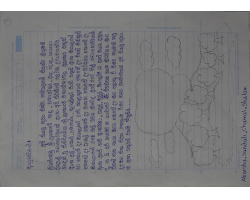